Losing a loved one is never easy and can be a very painful experience for those affected. A range of emotions can be experienced when someone dies, from anger, disbelief, fear, injustice, shock and complete and utter despair. The level of anguish which then begins to follow on from this initial set of emotions, for many, is difficult to put into words especially if the death is sudden. It can perhaps be described as a feeling of complete and utter devastation, intense excruciating psychological pain that many feel at the time will be impossible to recover from. To protect itself, the mind quickly shuts down going into a state of shock. For those whose minds do not have the ability to do so (perhaps due to poor mental health), there is a temporary state of amnesia or insanity, as it struggles to make sense of the gravity of the blow it has just been delivered.

The grieving process is not straightforward and does not follow a set pattern, so emotions can fluctuate from minute to minute and from day to day like a roller coaster – back and forth, up and down. Some are able over time, to successfully negotiate this process and eventually accept their loss as the pain begins to lessen bit by bit with each passing day. For others, it can be experienced as an insurmountable excruciatingly painful feat from which they feel they will never fully recover. They become ‘stuck’ in their grief and the mourning process is agonisingly prolonged, lasting anything from several months to several years and in some cases never ceases.

The way an individual experiences and processes grief, depends on a host of factors, from their psychological make-up and resilience to how disappointment and loss are perceived. The anniversary of the death and other significant anniversaries can be very painful reminders prompting the onset of a fresh new wave of grief as the flames of mourning are reignited. Also, not everyone is freely immediately able to outwardly express their grief especially if they have other responsibilities e.g. children, elderly parents to look after or very demanding jobs requiring their full and undivided attention. As a coping mechanism, they may repress their feelings as they deal with the more pressing matters at hand. This can result in what is known as ‘delayed grief’ with painful emotions eventually coming to the forefront months or years later and catching them completely unawares. Delayed as well as intense grief can lead to a myriad of physical and psychological symptoms which can take a good while to recover from, and have a debilitating effect on mental well-being.

Some common symptoms of grief:


Having counselling can be a cathartic experience during the grieving process and help you come to terms with your loss and relieve some of the anguish being experienced at the time. Psychotherapy which can also be very helpful during this period is particularly useful for when grief has become ‘stuck’ and there is difficulty in negotiating the mourning process. The hope is that over time, talking to someone who understands the painful emotions that are being experienced will help to bring about a sense of acceptance and peace, thereby aiding recovery and in time improve overall mental well-being.

“There is life and there is death and there are beauty and melancholy between.” – Albert Camus 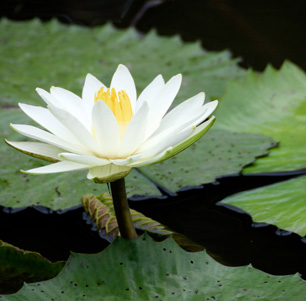